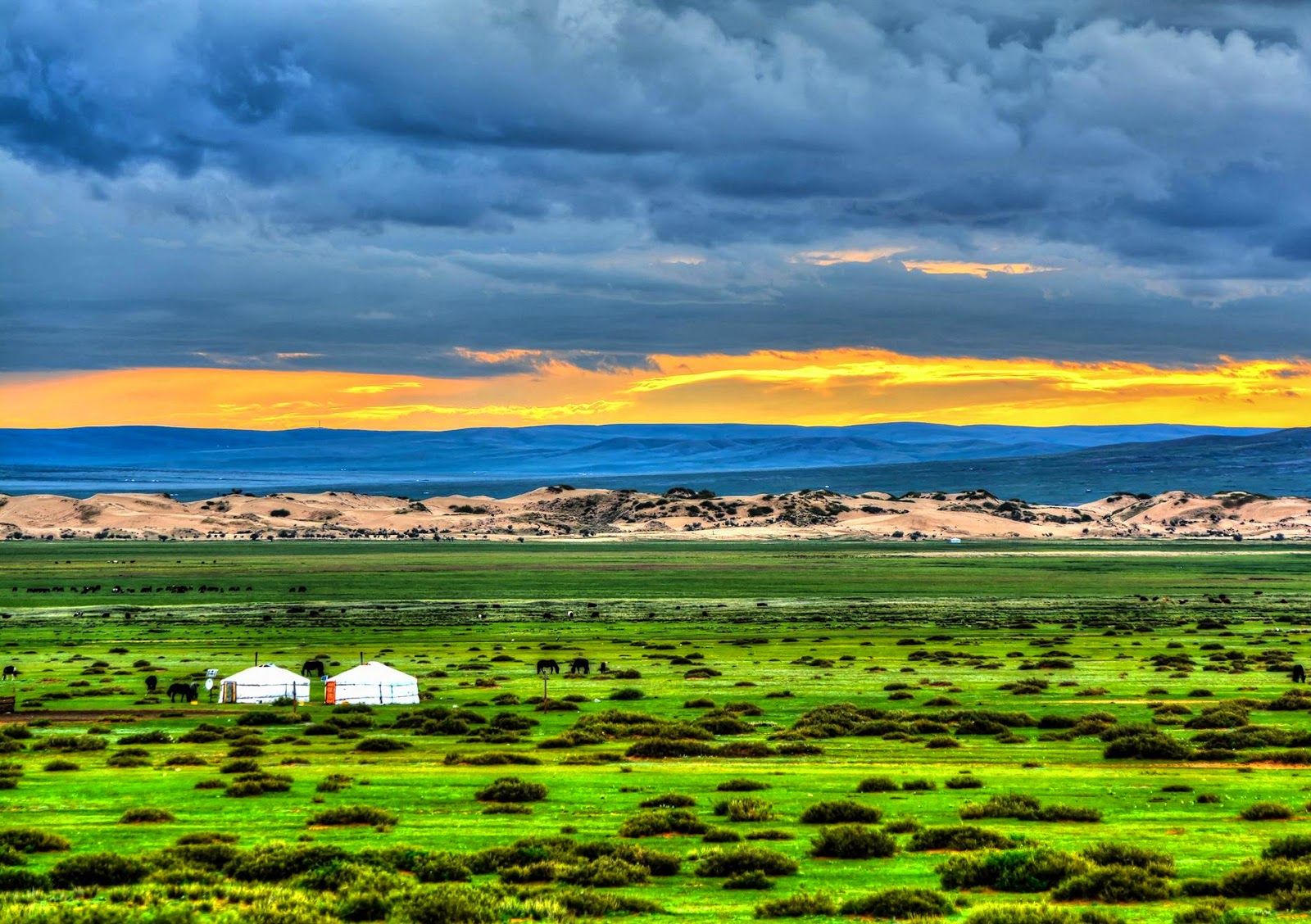 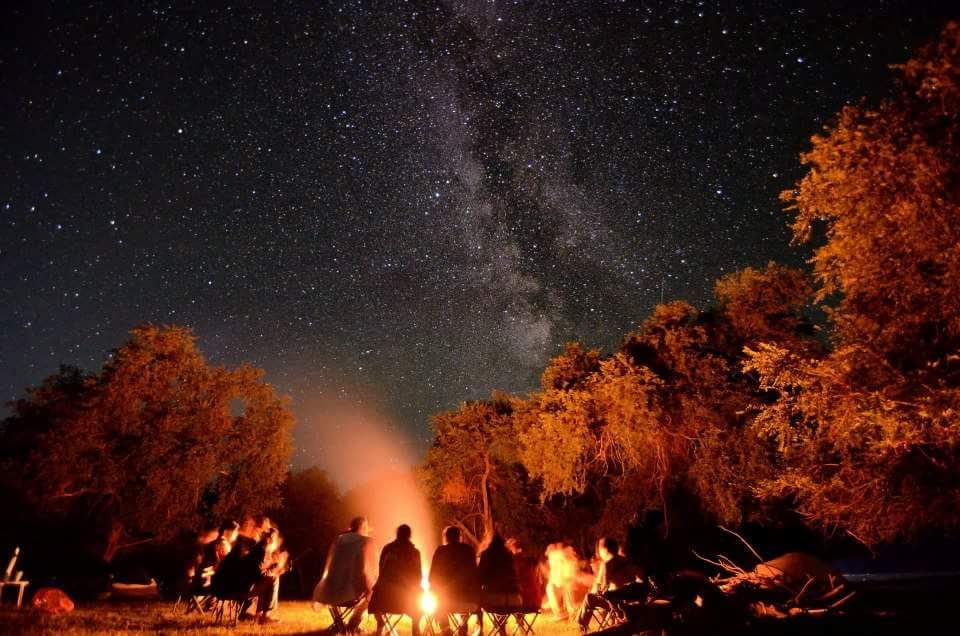 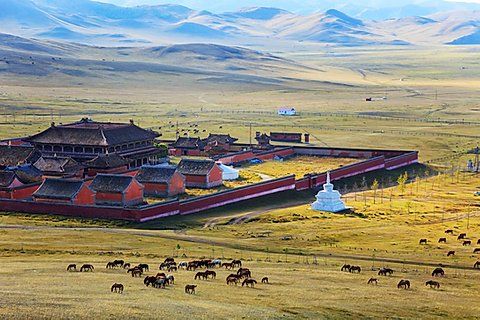 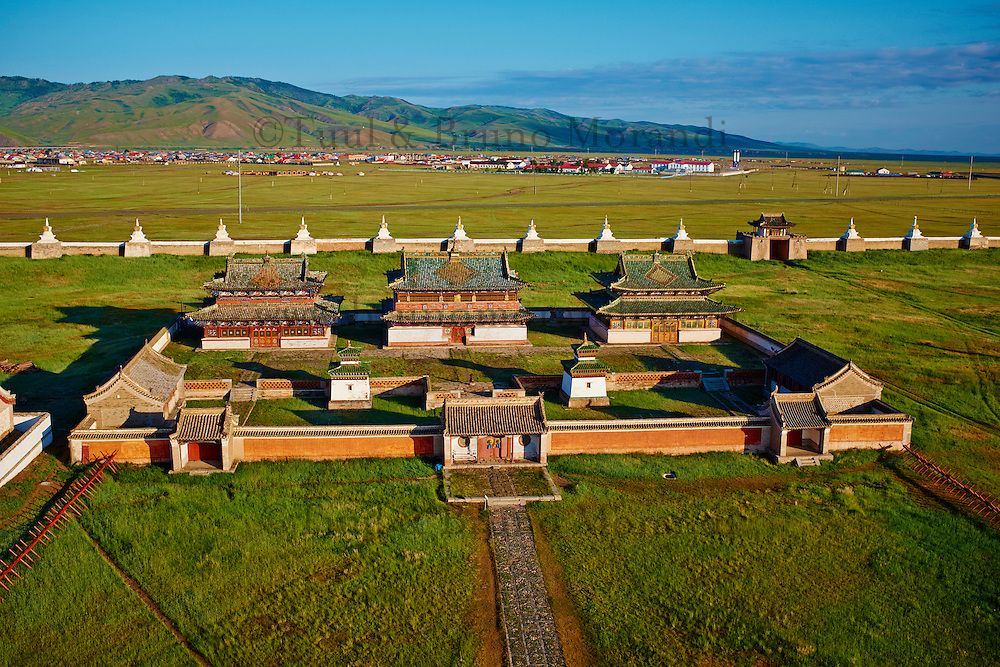 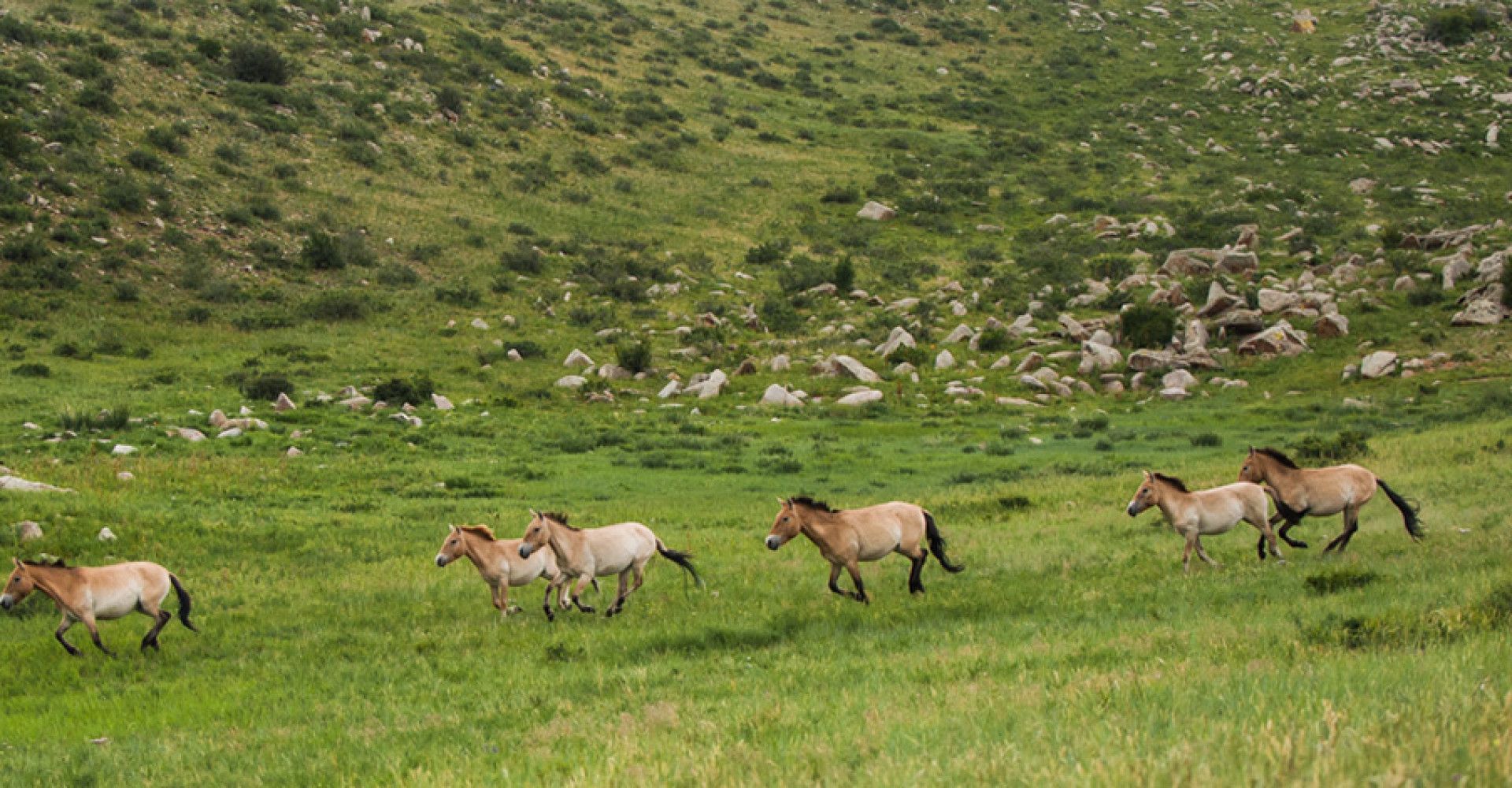 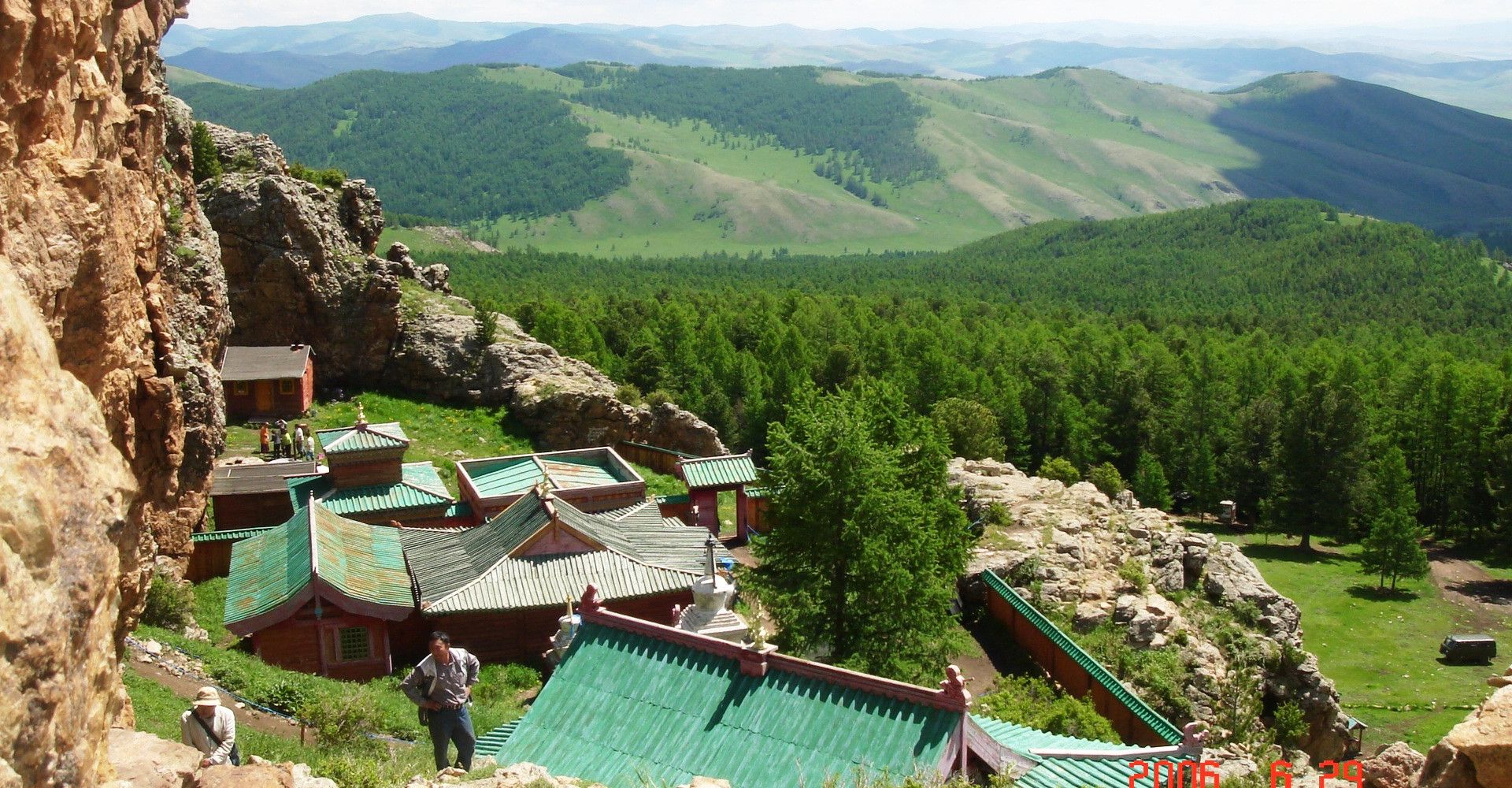 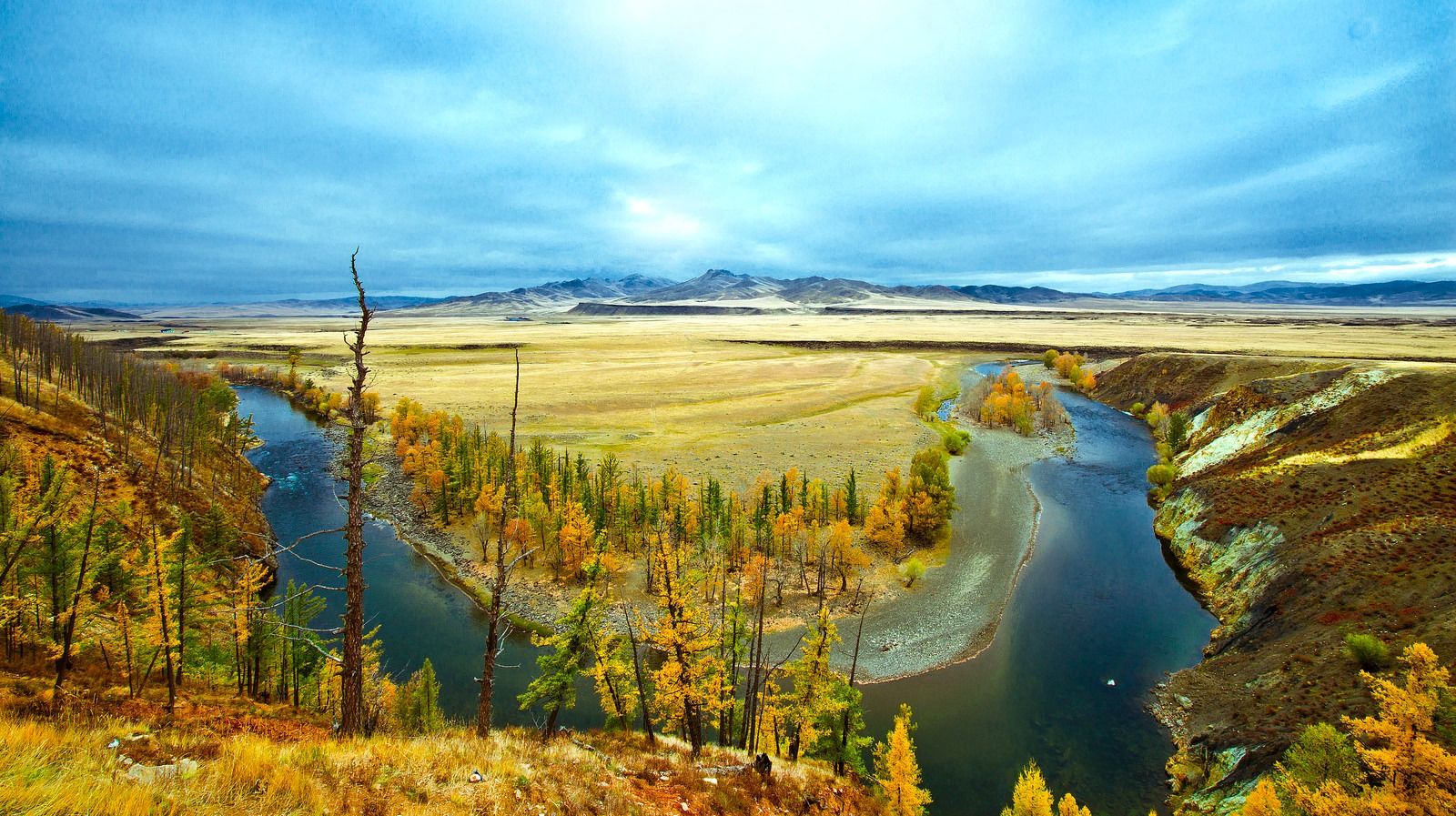 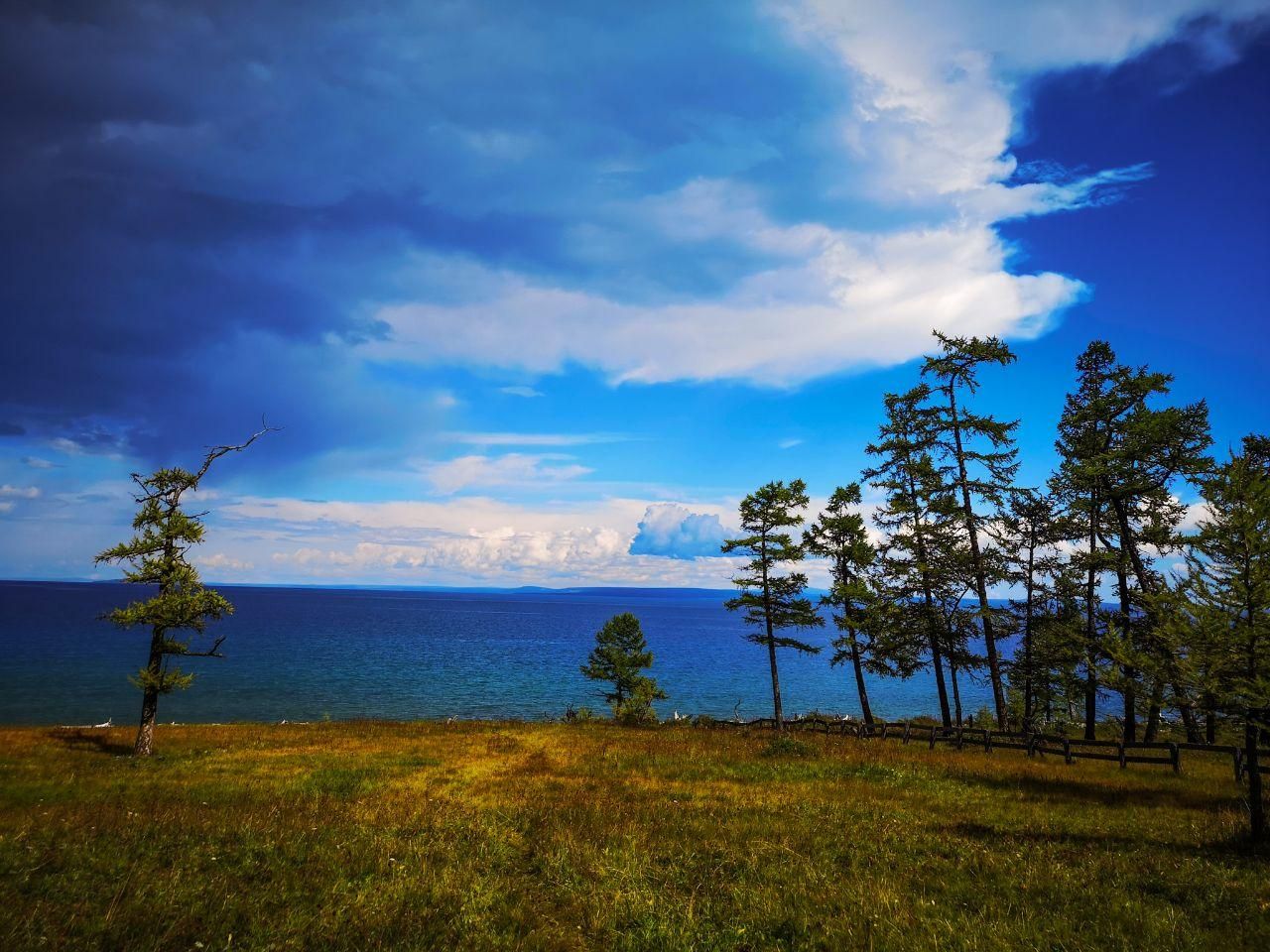 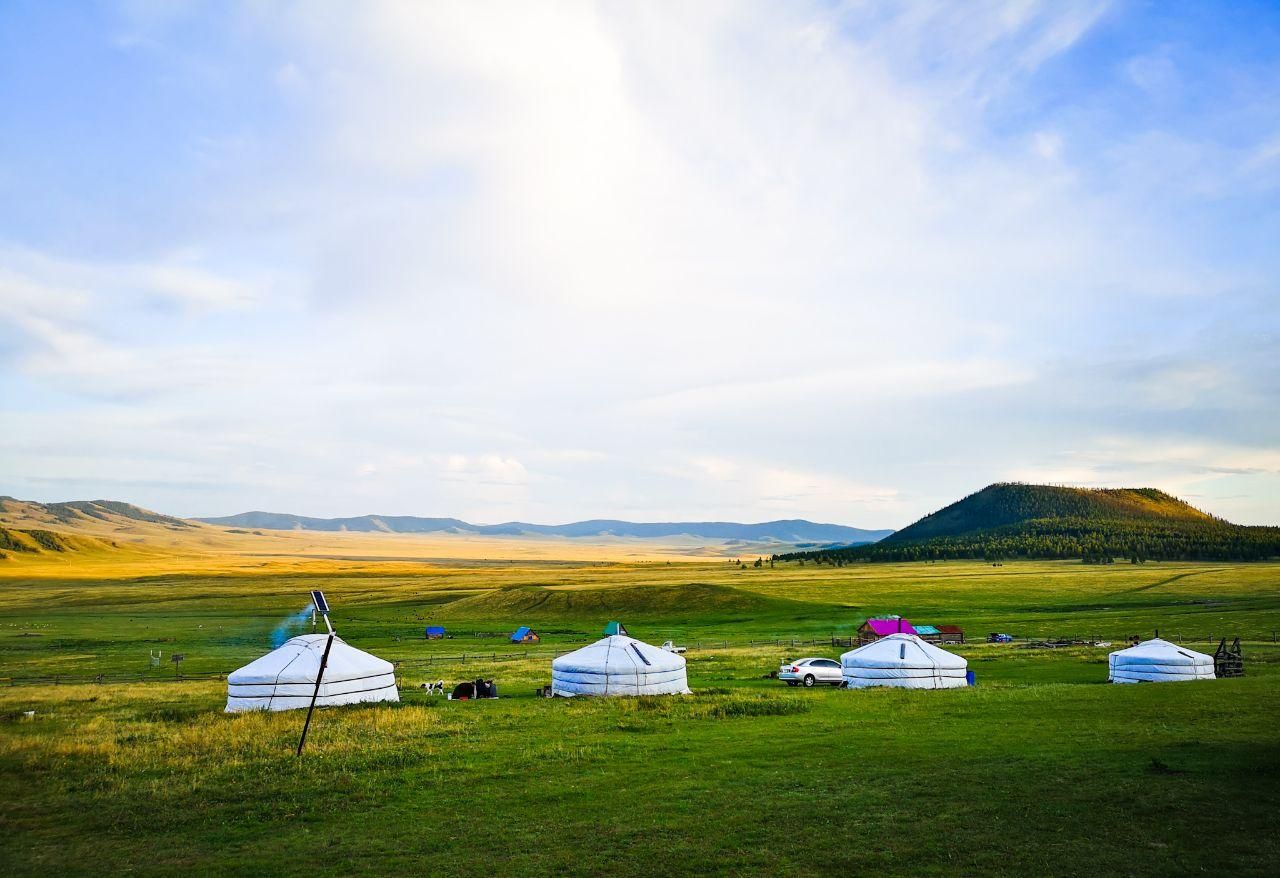 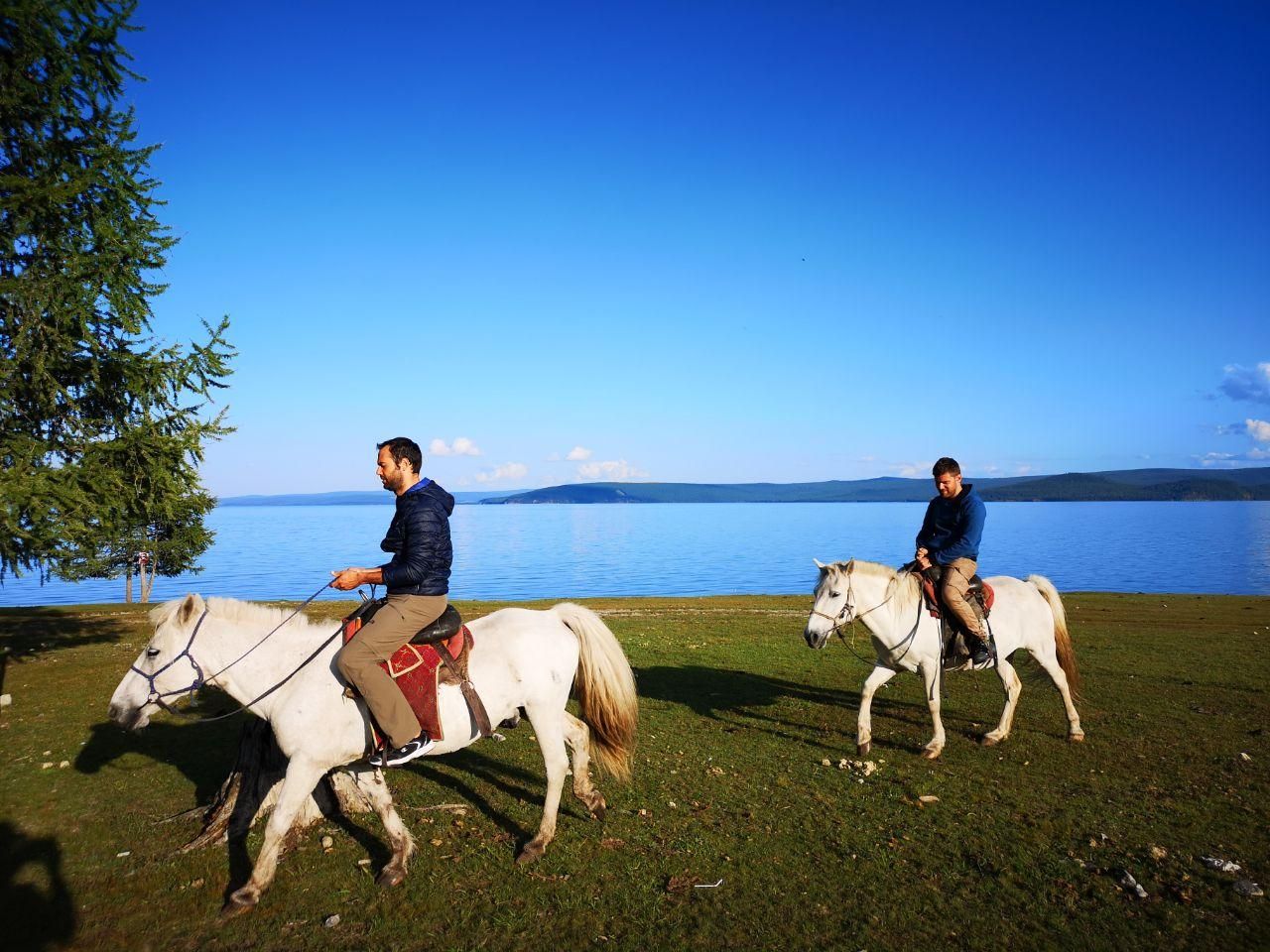 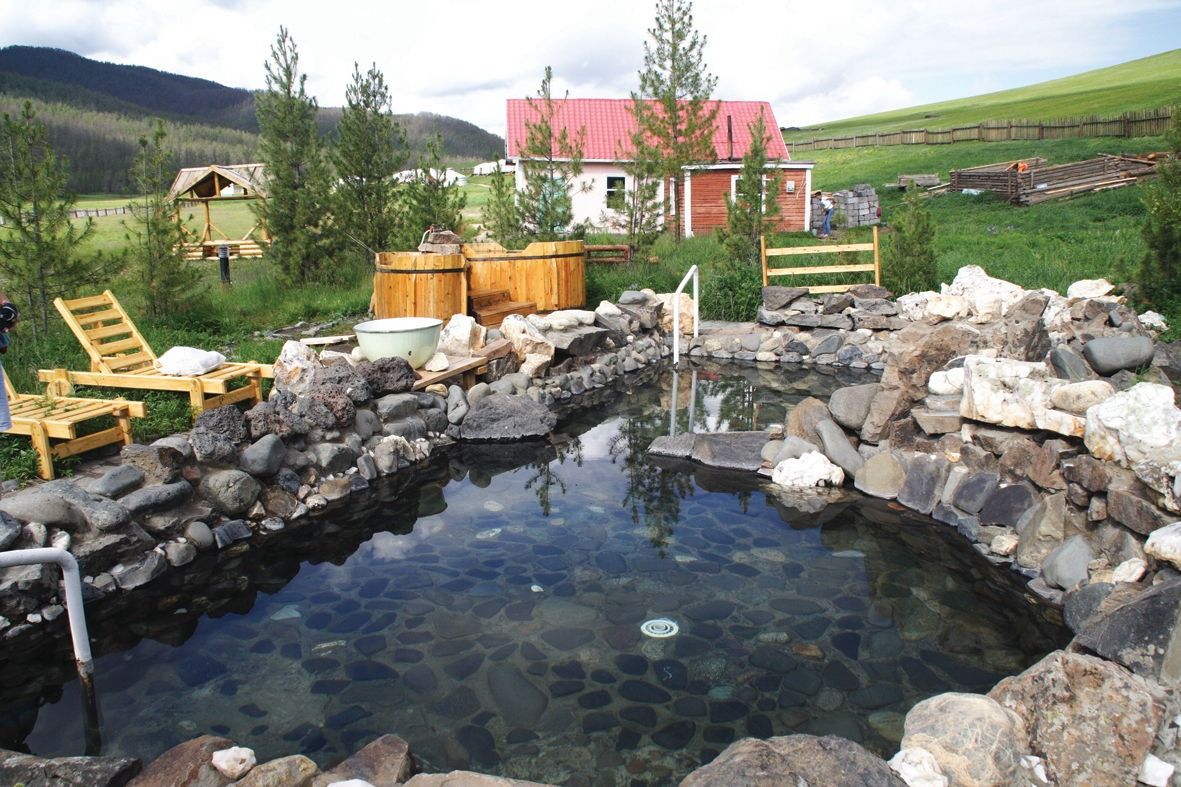 Let’s travel to the Northern Mongolia, across the secluded land of central Mongolia. A trip to the Northern offers you a real adventure with Darkhad ethnic group and gigantic blue lakes, rare flora and fauna into the magnificent landscape of the mysterious rocky hills. A trip to the Central Mongolia brings you to spectacular forested mountains, a hot spring, flower-covered valleys, famous cultural and historical sights, and beautiful protected areas with abundant wildlife. In the Central Mongolian region you will have opportunities to relax in colorful natural beauty, walk to the best overlook spots, experience Mongolia’s cultural heritages, enjoy visiting historical museums and temples, opportunities to ride two-humped camel, visit nomadic families, see the orange sunset. These adventures and more are included in this tour.

Amarbayasgalant Monastery is located near the Selenge River, in front of Burenkhan Mountain. It’s one of the three largest monasteries of Mongolia. The Manchu emperor Enkh Amgalan Khan built the monastery in the 18th century, in memory of the first Bogd Gegeen, Zanabazar, in order to keep and preserve his mortal remains. The construction began in 1727 and completed in 1737. The emperor personally wrote in four languages (Mongolian, Tibetan, Manchu and Chinese) a message symbolizing his protection and his control. This was written on a sign suspended in the entrance of the main temple. It’s one of the rare monasteries that have partly avoided the destruction of 1937 by the Soviets. All the lamas in charge of the place were executed and the monastery has been neglected for 50 years. Since 1998, the lamas have been restoring the monastery and new statues have been ordered in New Delhi, India.This monastery shows a real archaeological unity. (Ger camp/ B, L, D)

Today we will drive to the Uran Togoo extinct volcano and its surrounding area has been protected as a “Natural Monument” since 1965 and covers 58 square km. Uran Togoo extinct volcano is at an elevation of 1,686 meters above sea level. On the top is of the extinct volcano is a crater, 500-600 meters wide and 50 meters deep, with a small “crater lake” of about 20 meters in diameter. The protected area is the home to numerous kinds of rare animals such as red deer, wild Argali sheep, Siberian ibex and wild boar. There is nice to camp in quiet nature. (Tent/ B, L, D)

After breakfast we will drive to the Khuvsgul Lake which is located in the northwest of Mongolia near the border to Russia, at the foot of the eastern Sayan Mountains. It is 1,645 m above sea level, 136 km long and 262 m deep. It is the second-most voluminous freshwater lake in Asia, and holds almost 70% of Mongolia's fresh water and 0.4% of all the fresh water in the world. It gets drained at the south end by the Eg river, which connects to the Selenge and ultimately into Lake Baikal. The lake is surrounded by several mountain ranges. The highest mountain is the Burenkhaan / Munkh Saridag (3,492 m), which has its peak north of the lake exactly on the Russian-Mongolian border. The surface of the lake freezes over completely in winter. It's inhabited by nine species of fish including the Siberian grayling, sturgeon and lenok and the area is rich with various species of flora and fauna. And the area is home to argali sheep, ibex, bear, sable, moose and wolves. The region hosts three separate, unique peoples: Darkhad, Buriat and Tsaatan. Shamanism, rather than Buddhism, is the religion of choice in these parts. (Ger camp / B, L, D)

Day 5. Shine – Ider on the way to Central Mongolia.

Today we will drive to central Mongolia. The borderlands between Khuvsgul and Arkhangai province largely constitute a series of dry, rocky valleys. You can make a nice drive here, passing through towns such as Shine-Ider and pretty Jargalant the latter occupies a lovely position near the confluence of the Ider and Khonjil rivers. (Nomadic family or Tent/ B, L, D)

Today we will visit the attractions of the park: the Khorgo extinct volcano and Terkhiin tsagaan lake. Khorgo - Terkh National Park has been protected since 1965 and covers an area of 773 square km. Khorgo Mountain was an active volcano just 8000 years ago and Khorgo is covered with basalt. Red deer, Siberian deer, wild boar, reddish and black ducks are found in the park. The lake is beautiful with crystal clear fresh water and supports pike & other fish. Torrents of lava is suing from the Khorgo Volcano dammed the Terkh River in the north and south forming the lake and is at an altitude of 2060 meters above sea level. Enjoy walking/climbing to the Khorgo volcano and bird watching by the lake shore. (Ger camp/ B, L, D)

In the morning we will drive to the Tsenkher Hot Spring. Tsenkher Hot Spring water contains a blend of the most useful minerals for the human body. Mongolians say its water is a pleasant treatment for stress, nervous disorders and rheumatism. Then having hot mineral water bath and enjoy walking to the beginning of the mineral spring. (Ger camp/ B, L, D)

Today we will visit to the Ulaan Tsutgalan “Water fall” which is located in Orkhon Valley. On the way we will visit to the Tuwkhun monastery. The monastery was built in 1654 by Saint Zanabazar who was a great sculptor and one of the biggest representative of Buddhism in Mongolia. The creation work temple dedicated to religious study and art works became the foundation of today's Tuvkhun Monastery. It is located on a rocky mountain hill surrounded by forests elevated in 2300 meters above sea level. In 1651, the first religious statesman Zanabazar built a small stony building.

After breakfast we will drive east to beautiful Elsen Tasarkhai Sand Dunes. On the way we will visit to the Kharkhorin. Karakorum was the capital of Great Mongolian Empire of Chinggis Khan in the 13-14th Centuries. Visit one of Mongolia’s two largest monasteries, “Erdenezuu”, Museum of Karakorum and surrounding sites of Karakorum: the Great Khan’s monument, the legendary Turtle of Karakorum and the Phallic Rock statue. Erdenezuu Monastery has a complex of 108 stupas and over 10 temples that contain rich displays of Mongolian Buddhism. The Erdenezuu Monastery and ruins of Karakorum were registered as UNESCO World Heritage Sites in 1996.

Continue driving to the Elsen Tasarkhai Sand Dunes. The  Elsen Tasarkhai Sand Dunes is one of the most picturesque places of Mongolia and is part of the 80 km long Mongol Els Sand Dunes. This place is a wonderful combination of pretty sand dunes, majestic granite mountains, grassy green land, a clear fresh spring and a tiny lake. Indeed, here you can enjoy seeing the combination of Gobi and Khangai Natural Zones.  We will visit local nomadic family, do camel riding to the sand dunes and enjoy walking and climbing on the sand dunes. (Ger camp/B, L, D)

Today we will visit the Khustai NP.  Khustai National Park is located in Altanbulag Sum, Tuv Province. Khustai has 506 square km area and was established in 1993. The park protects the wild horse “Takhi”, also known as Przewalski’s wild horse in the world, and a bio-diversity of other rare wild animals and plants. The quantity of various ecosystems within the park assures an abundance of wildlife. We will visit a small museum of the Takhi and learn about the park and wild horse Takhi. Watch a short documentary film about Khustai National Park, Przewalski’s wild horse and Takhi re-introduction project. Continue driving back to Ulaanbaatar. (B. L)

Included in the price:

Excluded in the price: